A leader of the Peoples Democratic Party, Femi Fani-Kayode has revealed that President Muhammadu Buhari once told him that he hated the Igbos.

The former Aviation minister revealed in the post that he relayed the same information to the leader of the Indigenous People of Biafra that Buhari told him he has deep hatred for the Igbos. 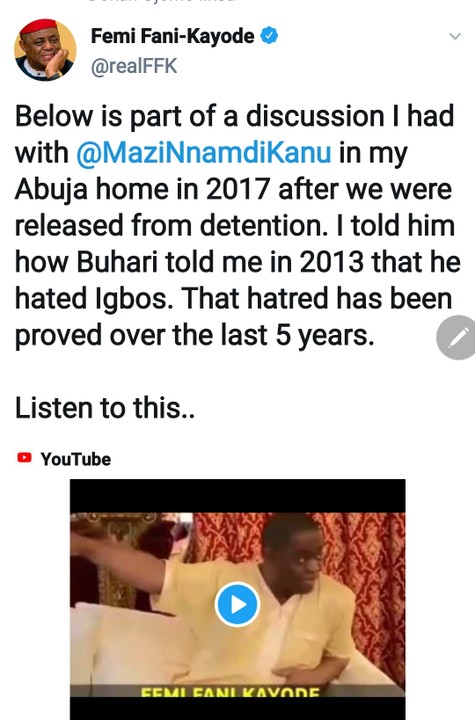 "Below is part of a discussion I had with @MaziNnamdiKanu in my Abuja home in 2017 after we were released from detention. I told him how Buhari told me in 2013 that he hated Igbos. That hatred has been proved over the last 5 years.

You Should not Be Afraid Of Touching COVID-19 Patients: Chris Oyakhilome

I Am Depressed, My father Drugged, Exploited Me – Britney Spears Makes Startling Revelation