On-air personality, Toolz took to social media to share screenshots of a message she received from a pregnant woman who is seeking to give birth to a light-skinned baby.

The mum was inquiring about what kind of supplements she can take so as to give birth to a fair baby.

According to the pregnant woman, she is not so dark while her child's father is really dark. She said she doesn't want her child to be dark-skinned.

Toolz however educated her on the dangers of taking anything that isn't prescribed by her doctor.

See the screenshots below; 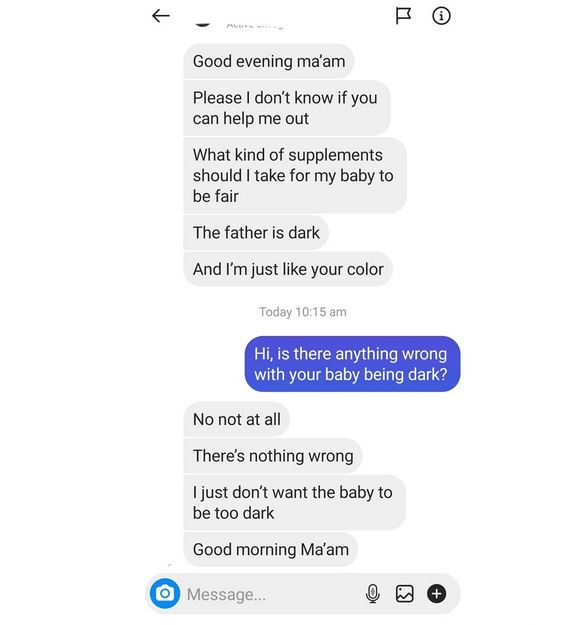 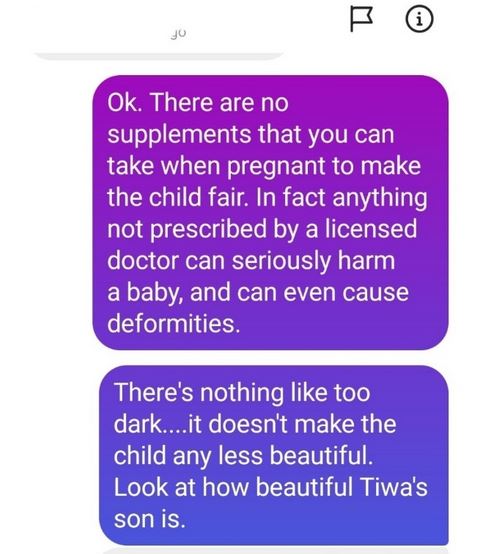 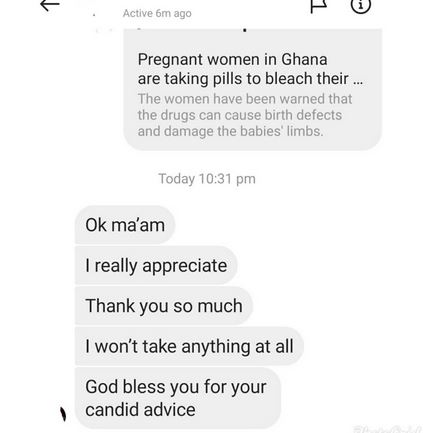 The day Neymar came face to face with Ronaldinho